A Message from Our Board

“BitMEX is fully committed to operating its business in compliance with all applicable laws, regulations, and regulatory guidance.

This includes fighting financial crime and ensuring that our products and services are not misused for purposes of fraud, corruption, money laundering, or terrorism.

We will not provide any product or service to any persons (natural and legal) targeted or connected to sanctions. We continuously strengthen these policies to ensure the highest standards of compliance; this remains a top priority.” 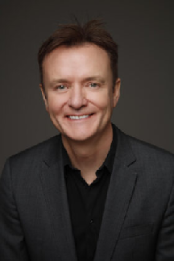 “At BitMEX, we see compliance as central to our mission as a company and critical to earning our users’ trust.

We’ve made comprehensive user verification a hallmark of our platform, and also have made tremendous progress establishing a well-rounded suite of anti-money laundering and market integrity capabilities.

This translates to a better experience for users, who are noticing superior platform stability and improved market integrity as a clear result of our policies.”

We believe that the future of crypto will belong to platforms that invest in compliance, have responsible KYC policies, and earn their users’ trust.

As the largest crypto derivatives exchange with a fully verified customer base, this is what BitMEX stands for. Here’s what we’ve done lately to back it up.

Trust and Transparency are important to BitMEX because BitMEX believes that every user deserves safe, secure, and fair markets.

Under the BitMEX Terms of Service, users are prohibited from being involved in or initiating any form of market manipulation.

This guidance clarifies some of the behaviours that BitMEX considers would constitute market manipulation (but is not an exhaustive list).

Surveillance is undertaken by BitMEX on all trading activities to detect and mitigate any abusive behaviors.

If BitMEX discovers any potential market manipulation, BitMEX will take further action. These actions may result in enquiries and warnings, and may ultimately lead to banning of accounts in severe or repetitive cases.

To ensure an equitable trading environment, BitMEX monitors for signs of market abuse. BitMEX considers market abuse as including the following behaviours:

A type of trading that occurs on the basis of inside information. This information is of a precise nature about any product being traded which has not been made public.

A type of trading in which one person accommodates another by entering into a non-competitive purchase or sale order. Accommodation trades often happen when two persons are participating in off-market trading e.g. pre-arranged trades.

A type of trading which gives a false impression of a price move or the liquidity of any product being traded. A few common examples are wash trades, spoofing, layering, and quote stuffing.

Dissemination of False and Misleading Information

When a person tries to move the price of a product in a particular direction by giving false information using electronic or other media.

BitMEX is a P2P crypto-products trading platform. BitMEX and the mobile apps issued under BMEX are wholly owned and operated by HDR Global Trading Limited, a Republic of Seychelles incorporated entity or its relevant authorised affiliates. Trading in cryptocurrency derivatives involves significant risks. Please consider whether using BitMEX is appropriate for you. Please read our Terms of Service, Risk Disclosure Statement and Privacy Notice. US Persons are prohibited from accessing the services of the BitMEX trading platform. Cryptocurrency charts by TradingView.